The Motion Picture Association of America’s (MPAA) film-rating system is used in the United States and its territories to rate a film’s suitability for certain audiences, based on its content.

This extension adds a new MPAA Film Rating box to the production edit screen. There you can set the rating by clicking on the proper icon:

You can then show the rating with the {{mpaa}} template placeholder: 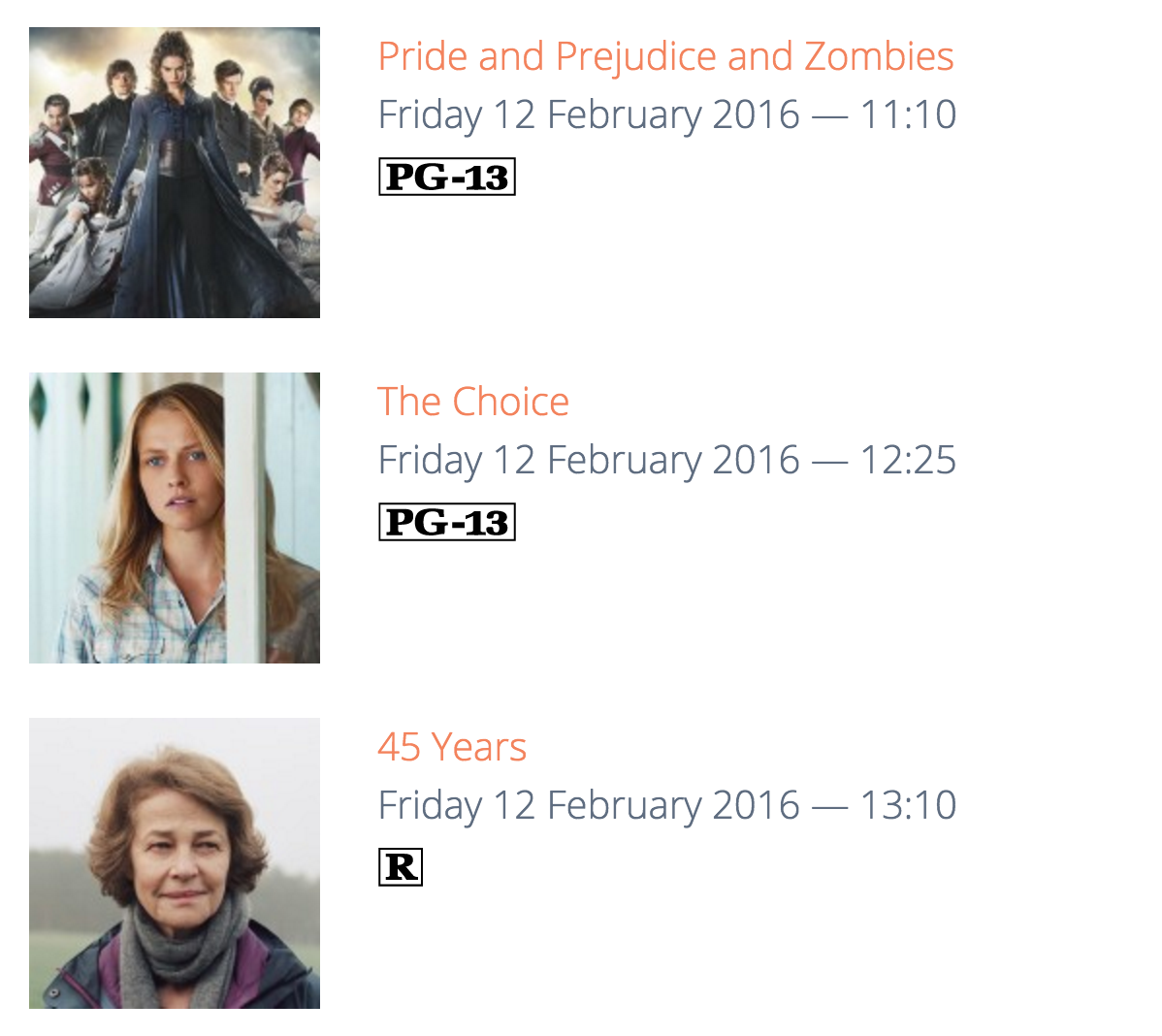